The numbers are in!  Ranking numbers, that is!  Thank you to all who listened! If you missed it, you can download and listen to the archive here:
http://archives2013.gcnlive.com/Archives2013/nov13/USAPrepares/1119131.mp3

The show ranked an overall #16 out of about 100 stations during the live broadcast and it moved to #8 during the re-broadcast later that day! And our hour topic started as number 1! 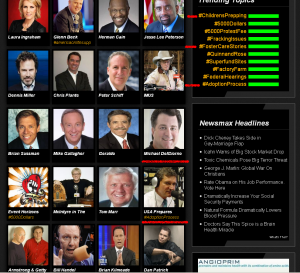 Who were we competing against for the ranking?  Glenn Beck was #2, Herman Cain #3, Dennis Miller #5 and Geraldo #11.  My response?

Seriously, though, we are extremely grateful to Vincent Finelli of USAPrepares.com for the opportunity!

WBCR AM1470 in Memphis is a 50,000 Watt station (about as big as it gets for AM), and their coverage is pretty big.  Just so happens they just started broadcasting USA Prepares the day before our interview!

All in all, we were heard on eleven outlets:

One thought on “Listening to the Radio…”

"Reading the book to the minions was a WONDERFUL opportunity for me to speak candidly with them about why our family preps, bug-out plans, our BOL, gun safety, fishing and hunting, and gardening too!" - DiabloLoco at The Mental Militia
The fact is, I recommend this book to anyone who has young children... As a parent, after reading it through with your child, you can take specific pages and topics and discuss those with your child. - Todd of Prepper Website
I only wish I had these books when my kids were young enough! - Prepared Preacher of Prepared for That